A vibrant new city quarter being transformed from under used industrial wasteland. The development encompassing 26 acres of parks, squares and open spaces with each individual park, square and open space designed by different designers. The complexity of the Estate and numerous landscaping installations resulted in the project being awarded the BALI Grand and Principal awards in 2017.

We will be including a closer look at a few of the parks, spaces and open spaces, Gasholder Park, Granary Square, Lewis Cubbitt Square and Pancras Square.

Gasholder No. 8 has been a feature of the Kings Cross skyline for over 150 years, the cast iron structure has been moved to its new home north of the canal. The park is a place for local families, visitors and pupils from the new Plimsoll building school to play and explore the history of the Kings Cross area.

We supplied the Gasholder Park with Betula albo sinensis Septrionalis and Koelreuteria paniculata. 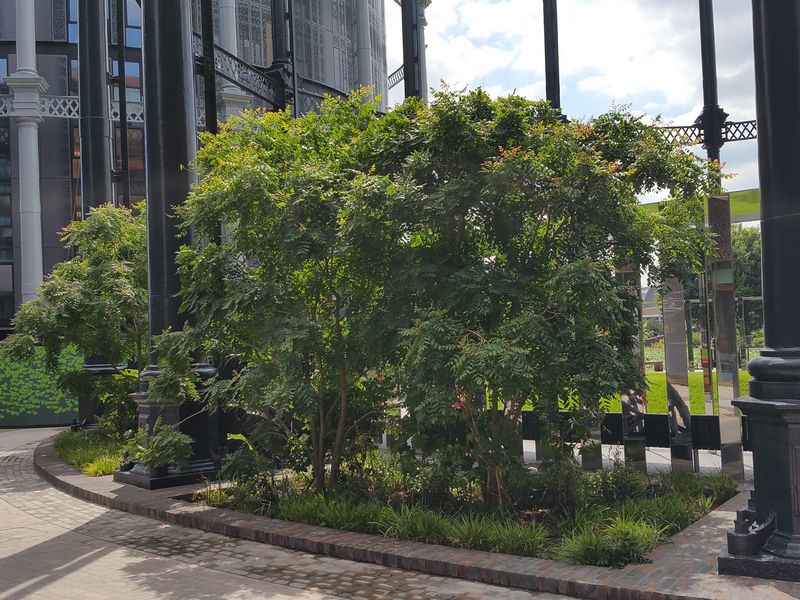 Just a 3-minute walk from Gasholder Park, you’ll find Lewis Cubitt Park off Handyside Street. The principle green space at Kings Cross, surrounded by trees that we supplied such as Quercus palustris, Cornus kousa, Liquidambar styraciflua, Platanus acerifolia, Tilia cordata. This park is a great space for families and children to relax and play. 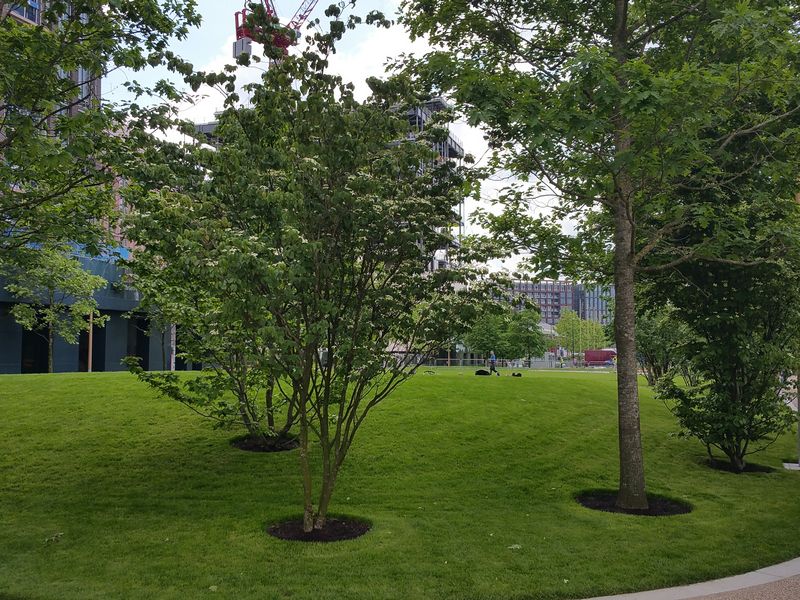 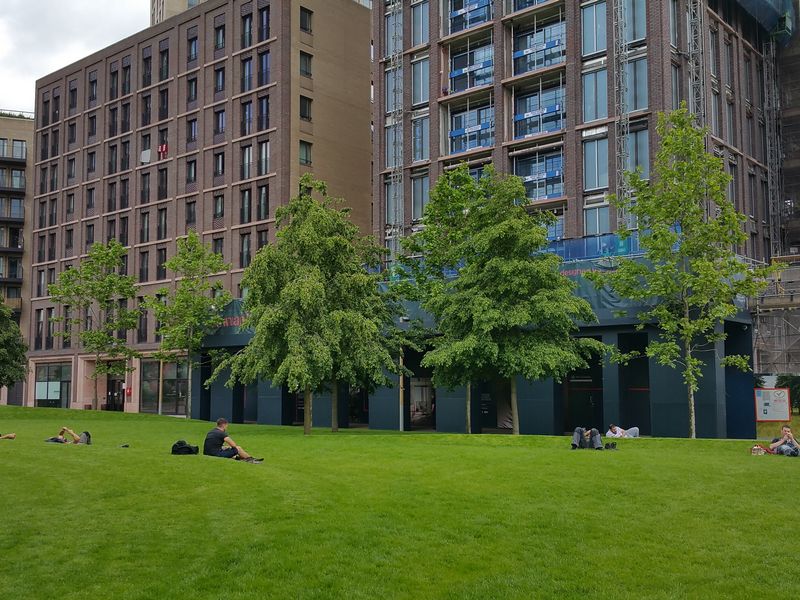 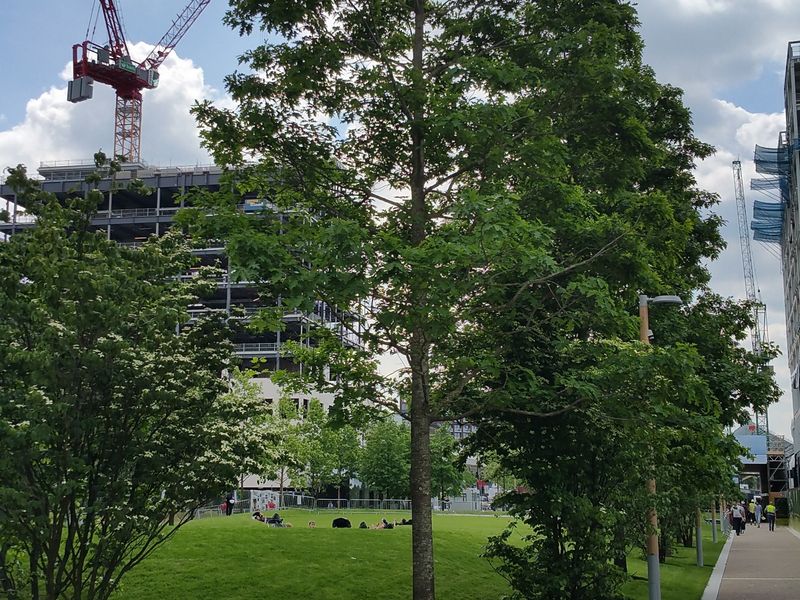 At the top of King’s Boulevard, on the banks of Regent’s Canal is Granary Square. Built where barges once unloaded their goods, the square is animated with over 1,000 choreographed fountains. The square comprises a seating area, shaded by Tilia cordata Boxheads supplied by Deepdale Trees Ltd. 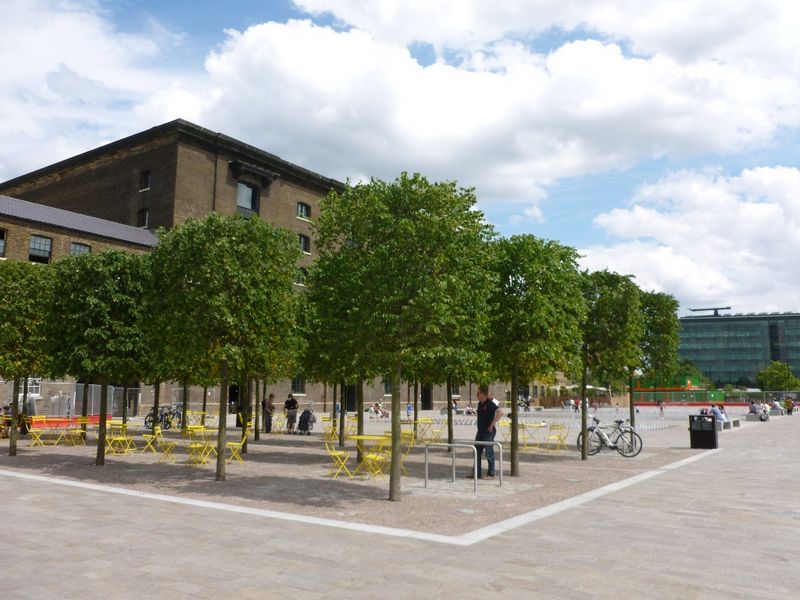 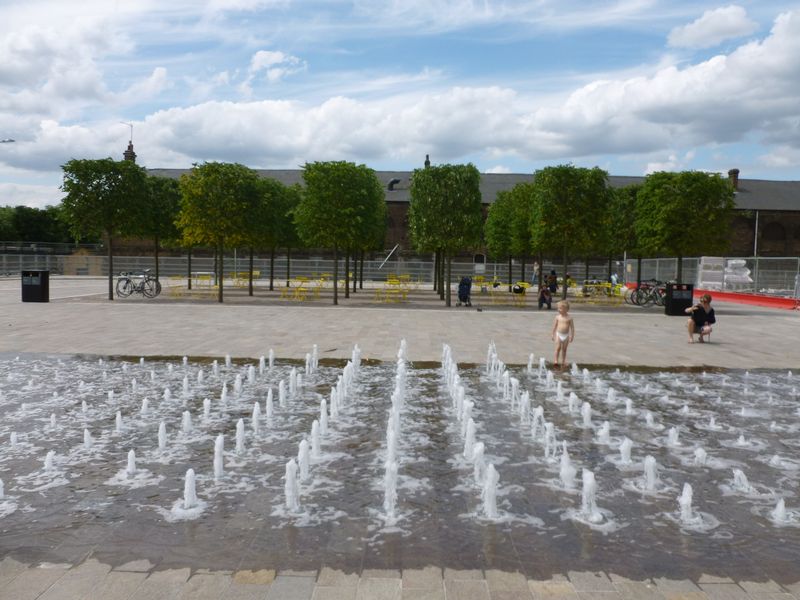 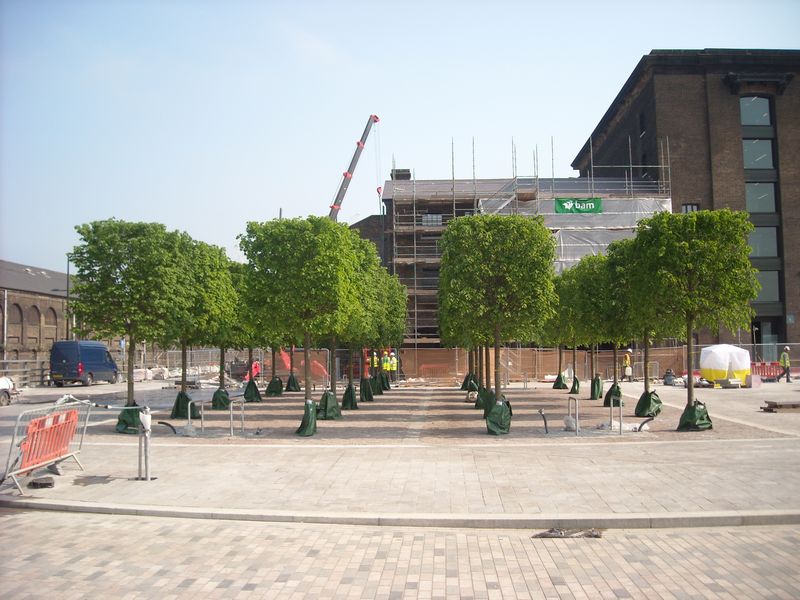 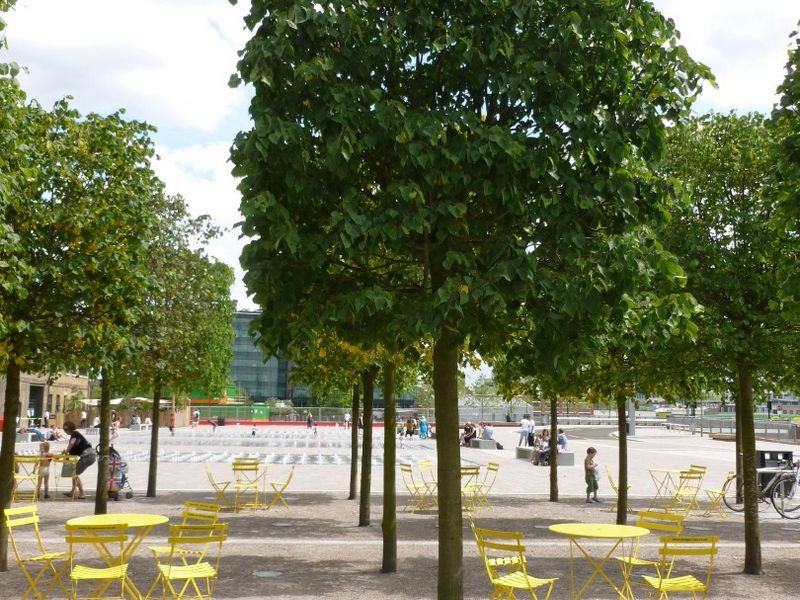 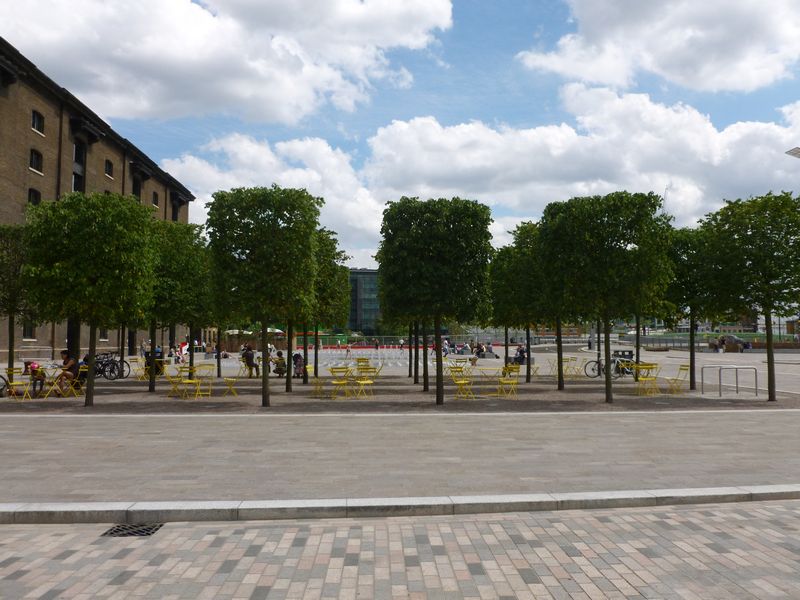 Pancras square is the new square at the gateway to Kings Cross. The design is inspired by the atmosphere of a continental town square, minus the traffic. The giant Quercus palustris that we supplied, marks the entrance to the square, a relaxing area designed with lawn and café seating amongst the trees. A central calming cascading water feature flows from the top of the square towards the St Pancras Chambers Clock Tower. 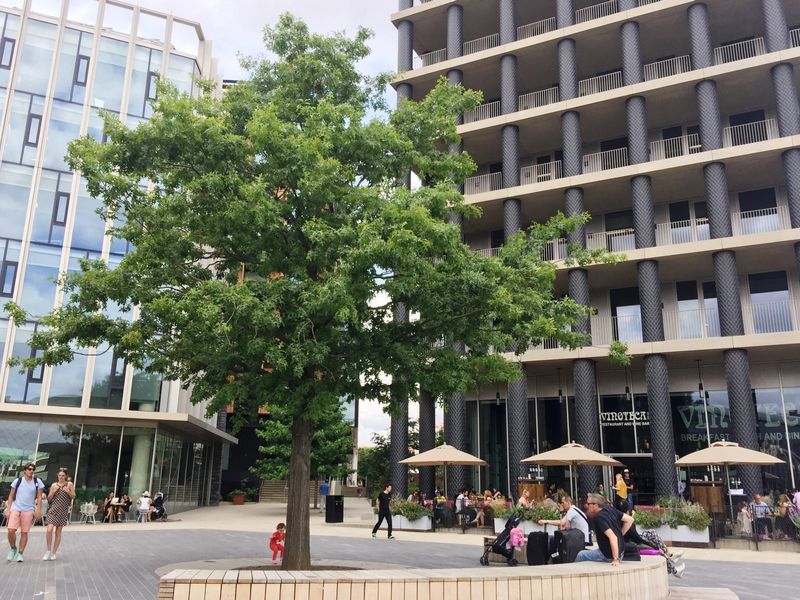 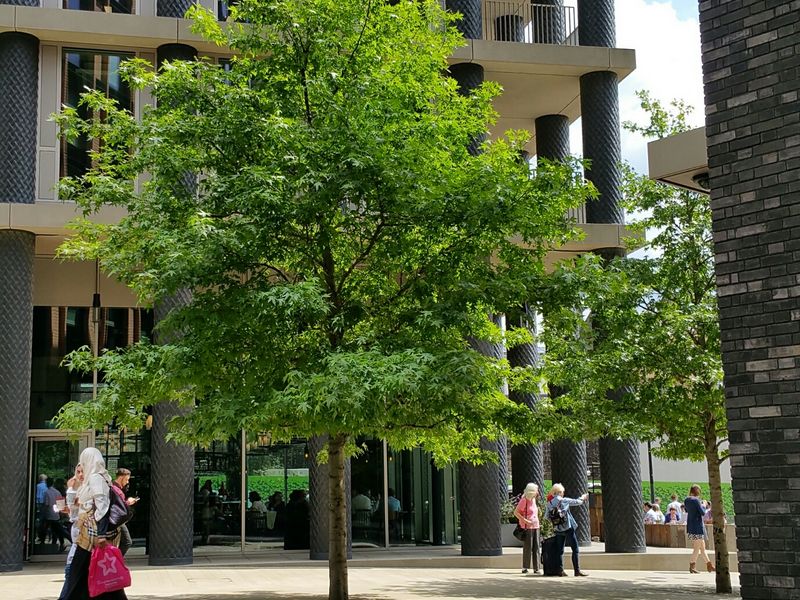 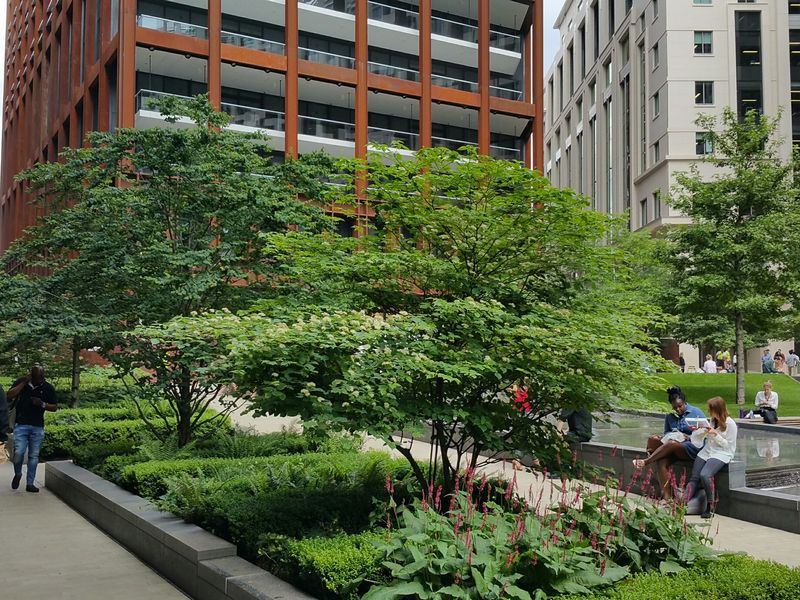 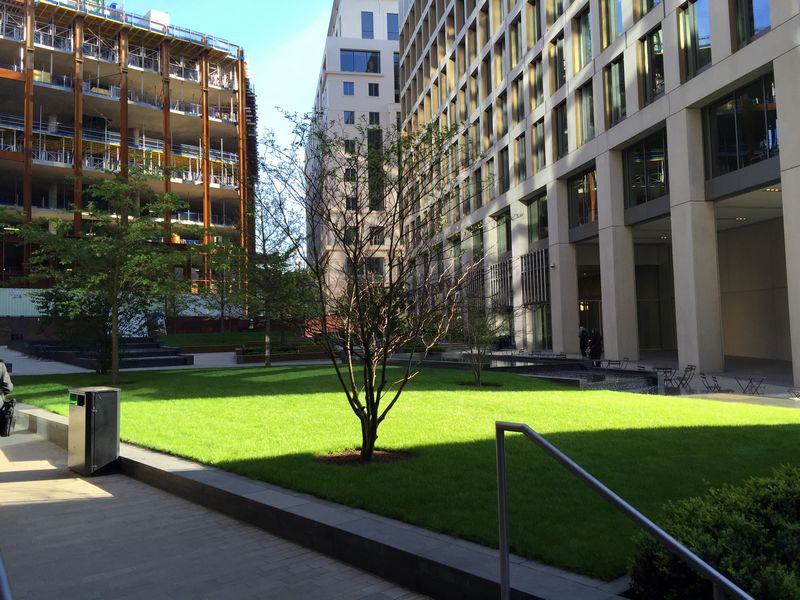